8 Crowdfunding Lessons from a Successful Novice 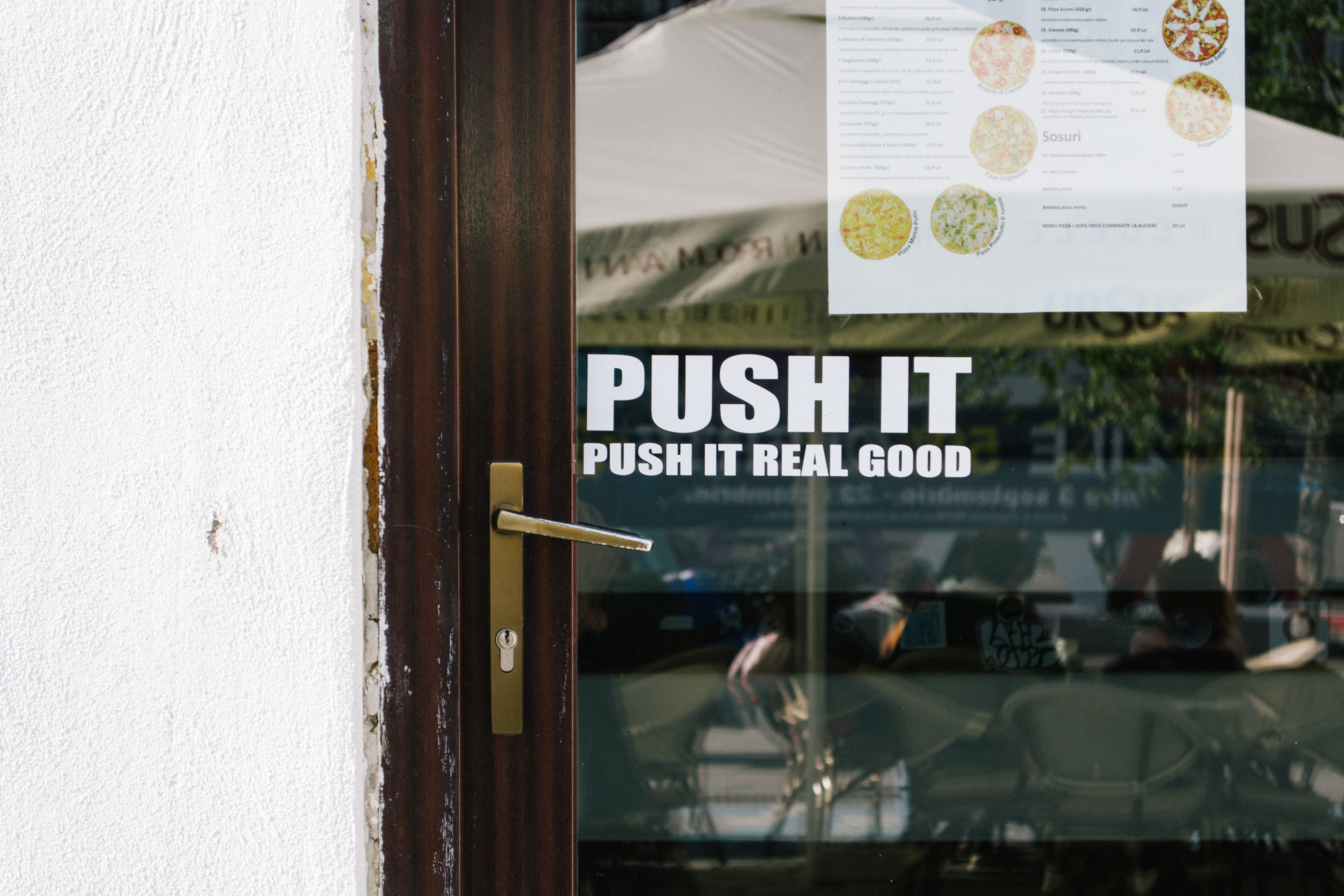 A good sense of humour, pizza and Salt-N-Pepa- essentials for surviving a crowdfunding project.

A few months ago, my sister-in-law, Jenny, launched a crowdfunding project on Kickstarter. Her vision was to create an album of songs for bereaved parents. The album, and any proceeds, would be given free to the Red Nose charity.

Jenny is a bereaved parent herself.

She lost her son, Jamie, in 2010, and since then, she has been a strong advocate of Red Nose – playing music at their Memorial Services in Sydney. She is also a Clown Doctor with the Humour Foundation, working in major paediatric hospitals across Sydney.

Her personal experience and her job has shown her that many people live with the memory of a child lost too soon. It’s these parents and families she wished to help.

Together with our other sister-in-law, Brooke, the three of us shared ideas and plans whenever we could. It was more of a series of “grab me when you have a minute” conversations rather than formal strategy discussions. Between our regular jobs, their kids and life in general, we put together a list of tasks and a rough plan.

None of us had any experience in crowdfunding, and there was no budget.

This project was close to my heart, and when I decided to help her, I thought my marketing experience might help. I didn’t realise how much I’d learn along the way, and how much I’d enjoy the experience. It was a huge celebration and relief when she met her goal.

It’s after a bit of decompressing that I’ve narrowed down the 8 key lessons I’ve learnt from the project:

This really started with Jen. Her passion was her project, and as her team members, and her family, we shared her passion. So, whatever your project is, make sure you’re invested in it enough to go the distance, because a project like this is a marathon with a mad sprint to the end. There’s late nights, quick thinking, and bouts of rejection. Be prepared to lose sleep, sacrifice your social life, add stress to your regular day and constantly review your plans.

And you need to find people who are just as passionate as you to share the work load and keep pace.

A project like this is a marathon, with a mad sprint to the end. Be honest about what you can deal with.

Months earlier, we talked about launch dates, media targets and resources. This isn’t something that you can do in a few weeks. It’s 6 months lead-time of discussion. At the very least.

You’ll need a realistic timeline to first build an audience for your project and to find advocates and influencers who can help you when the funding project goes live.

You’ll need time to select and connect with target audiences, focus groups, companies and organisations who would be relevant, willing to donate and open to help.

And you’ll need to learn more about how crowdfunding platforms work.

As part of my prep, I attended an extremely informative General Assembly workshop run by the lovely people at Pozible. Ultimately, the decision to go with Kickstarter was Jen’s but I highly recommend speaking to the team at Pozible as they are local to Australia, and have a support team of actual human beings in Melbourne.

Regardless of the platform you choose, the principles of crowdfunding are the same – build an audience, launch when you think that audience is large enough to hit 30% of your target within the first week, and then spread that project to the general public with a compelling video and communications.

It’s 6 months lead-time of discussion. At the very least.

Each member has a strength, based on work, experience, and contacts. And the key to effectively promote the project when you don’t have a budget is through PR.

So we defined roles based on our skills, with the aim of getting PR.

Every member was a primary contact for different groups or responsible for different tasks. Brooke sourced video production and editing for the Kickstarter and music videos and managed contacts for mainstream media. Jen acted as direct contact to local media and connections via her Facebook page. I managed press releases/ communications, social media and online media. But there was always cross-over.

Despite having defined roles, we needed to continually collaborate. Within a small team, you can’t afford to be precious about who does what and when. There needs to be cross-over, so we kept each other informed and updated daily.  Yes. Daily. Sometimes nightly. Or during lunch breaks. Or on the way to or from work.

You don’t have the luxury of time. You need to make time to sync your actions so every task is as effective as it can be.

You can’t afford to be precious about who does what and when. There needs to be cross-over.

The three of us weren’t the only people who worked on this. Our husbands helped take over schedules.

Our existing circle of friends and family used their own networks to reach out to others to share the project.

Those with media contacts reached out to those they knew – often starting small with a friend at a community radio station, or local council newspapers, or they shared an idea about a community group who might support the project. This then led to larger media.

Those without media contacts spread the word on their social media accounts, sharing updates and offering personal introductions.

Everyone you know has a network. You just need to ask.

Ask your existing network for help to spread the crowdfunding project.

When looking for publicity or media support without a budget, there’s no such thing as “too small”. It all adds up.

We started with the local newspaper, and that article was syndicated to larger websites and publications. From there, Jenny shared the articles with mother’s groups on Facebook and journalists from parenting sites started knocking on the door.

Community radio stations gave Jen hours of air-time. They took the time to interview her in hour segments, letting her play her music on air and were vital in sharing her story in detail. From Radio Northern Beaches, Eastside FM, Northside Radio, London Calling on 2RRR, Jenny received hours of air play from interviewers who were interested and generous.

Jen had to make time in her day for these interviews, sometimes driving an hour each way to these stations, but it was worth the effort and we would see a spike in backers when she was on air.

Examples of articles & radio interviews we were able to get were, Mamamia, Northshore Mums, Daily Telegraph, Kidspot, Honey 9, Essential Baby and ABC Radio.

There’s no such thing as “too small”.

No matter how much you’ll plan ahead, you can’t control a schedule if you don’t have a media budget. So be prepared to switch things around quickly if things aren’t working.

You’ll need back-up plans and you need to keep bridges. So don’t commit to exclusives, and always be honest with your media contacts. They’ll appreciate your candour.

Always be prepared for change.

This was great advice from a contact at Bears of Hope.

Even if your project is based in Australia for an Australian audience, look overseas for support.

People have the same wants and needs all over the world. Find global groups who could support your project, and reach out to them.

By going to relevant groups in the US and UK, we were able to share Jen’s project to reach a larger audience. It was heartening to see large organisations and in particular, an influential musician, share Jen’s project with whole-hearted enthusiasm and kindness, asking nothing in return.

Their unsolicited support and advocacy meant we received more genuine interest than if we had relied on any paid advertising.

People have the same wants and needs all over the world.

This. This is the thing that will keep you going. You’ll need to laugh to keep your spirits up. That’s not to say low days don’t exist. They do.

There’ll be days when the counter on your crowdfunding page doesn’t shift for long, drawn out hours, and you’ll stress over what you did wrong, or what you didn’t do and whether you can even meet this crazy goal you set for yourself. You’ll wonder why you don’t have any replies from all the contacts you’ve approached. This is normal, welcome to crowdfunding.

Stay persistent, but keep your sense of humour and laugh through the entire process.   Take time to vent and release with your team. See the humour in the ridiculousness of this intense process. Laugh with a friend, watch a funny cat video, read some poetry, take a walk, listen to music, meditate or watch Rick & Morty (I did all the above, sometimes in an uninterrupted sequence).

Stay persistent, but keep your sense of humour.

It’s now been 2 months since the campaign ended.

I’m thrilled that Jen hit her target. It was a hell of a rollercoaster ride, and I learnt a lot along the way. Most of all, I enjoyed myself.

It was certainly satisfying to use the marketing and communication skills I’ve learnt in my “real” job to help a project that gives back to a community. Warm fuzzies aside, it felt good at a professional level to contribute to a social good that will last beyond my career.

Our jobs let us use our professional skills to hit targets and get results. A pro-bono project offers us a chance to use those same skills to get results that stay with you for life.

So, if you have a chance to work on a crowdfunding project that you’re passionate about – do it.